Just like the technique that creates them, the history of Kilim rugs is woven with ambiguity and dates so far back that the exact origin of their creation will never truly be known. However, the bold but simplistic style of patterns and shapes represent so much more than just a bygone era.

The origin of the ‘Kilim’ is debated heavily; some claim influence from Mongolian heritage, others from Persian/Turkish descent – the word Kilim officially derives from the Persian word gelīm, translating as ‘to spread roughly’. They possess a level of versatility evident in the image of the harsh and tough nomadic lifestyle they conjure up; acting as floor coverings, drapes, furnishings, or marital tokens between families. 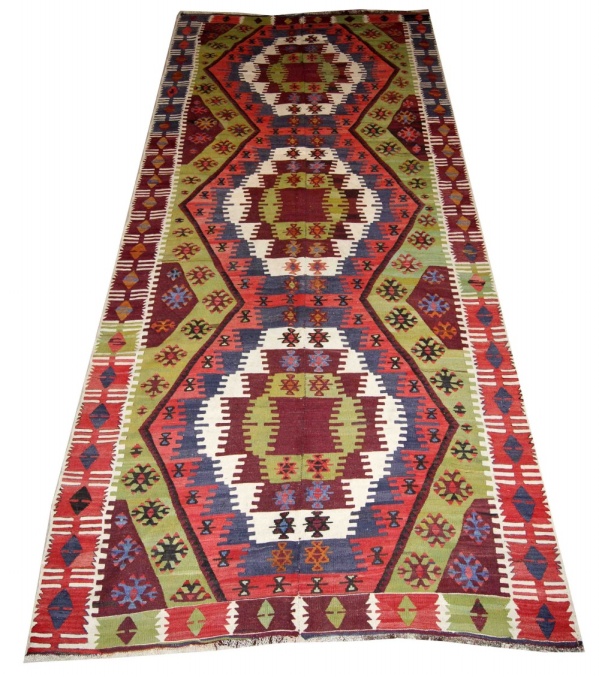 The traditional style of Kilim flat weaving uses two sets of coloured woollen strands – one vertical, one horizontal. Using the technique of systematic interweaving the weaver can create eye-catching and geometric shapes, symbols and bold patterns. Although the overall look and feel of a Kilim seems random and scattered, they hold remarkable craftsmanship and intense symbolism. Each rug has a depth of meaning and a special language of its own amongst the weaves.

The intricate patterns and symbols draw you in, just like we regard a painting; we gain a sense of a bigger picture from far away but stepping closer reveals the nature and personality of the artist, and the careful skill involved. 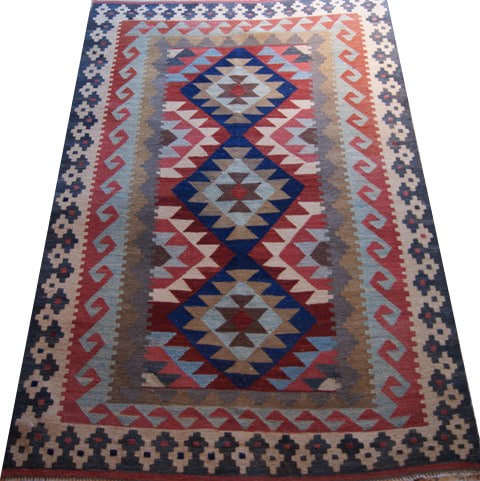 The symbols and motifs that dot the labyrinthine tapestries have immense diversity. Some of the more common motifs found on modern rugs are that of fish and a stylised female form; traditionally the fish is believed to represent happiness, and the female form motif (otherwise known as Elibelinde) represents motherhood and fertility. 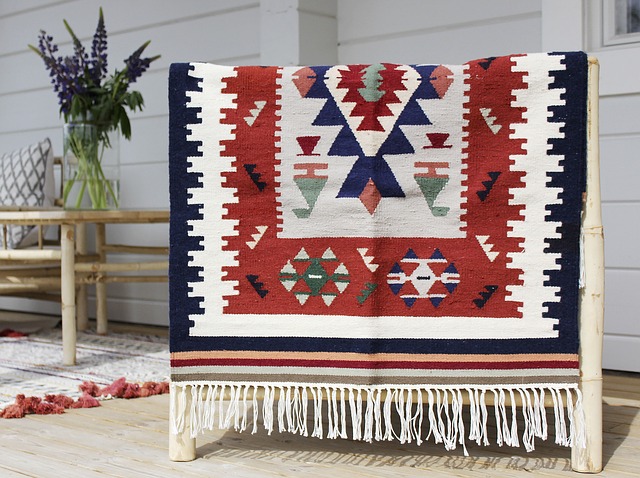 Kilim weaving has gone through an extremely diverse evolution and has been influenced by many different cultures ultimately growing in popularity into the modern equivalent we know today. And despite the uncertainty surrounding the origins of the Kilim, it doesn’t seem to diminish the growth of aesthetic appeal for them within Western homes.

Kilim rugs provide a lively focal point for any room or hallway and with so many weaves to choose from the result is a highly personalised piece for your home.

Browse our extensive collection of antique and classic Kilim rugs online or visit our showrooms.

Be the first to know

Get priority access to new hand-selected rugs as well as indulging in our inspiring interior design projects and educational blogs.